Week 24 is all about fathers. I considered writing about my grandfather’s mysterious father, but like my Mother’s Day post, I find I can only write about my own dad.

I do not remember a time before knowing my dad. You’re probably reading this, and thinking, “well, duh!” But the dad I’m talking about is actually my stepfather. He entered my life when I was just 3 years old, so despite having my biological father in my life, my stepfather has always been the man I think of as Dad. I very rarely refer to him as my stepfather. Just about the only time I use the ‘step’ qualifier is when I’m talking about genealogy. It makes it easier for people to understand which man I’m talking about. Most people who know me well know that I nearly always say ‘father’ when talking about my biological father, and ‘dad’ when talking about the great man who raised me. The reverse is also true. I can probably count on one hand the number of times I’ve heard Dad call me his stepdaughter. I’ve never felt less than his daughter. Some stepfathers complain about having to provide for another man’s child. Especially when the biological father is not willing to pay support. Not my dad. Not once did he complain about paying for clothes, shoes, or even orthodontics.

Even before he began dating my mother, my dad was a part of my life. He was our neighbor, and lived across the street with his parents. We lived on a quiet dead end street, and everyone knew each other. After my mother and father separated, Mom began dating the cute guy across the street. On August 6, 1978 they were married. I was not quite 6, and so happy. I remember at the rehearsal, I was so excited that I hugged my soon-to-be stepfather around the legs. The minister kindly said that he knew I loved my new father, but that I couldn’t hug him like that during the ceremony the next day. I don’t like to post a photo twice, but I have to share this photo of the wedding day again. My love for my dad is clearly evident.

Dad has always been a hard worker. When I was young, he went back to school in order to become a CNC Machinist. As a CNC Machinist, he makes intricate machine parts. I still don’t understand how he can make calculations to a fraction of a millimeter, and have everything come out right. Once, he brought home something he had machined. I’m sure it has a proper name, but to me it was an oversized nut and bolt. I don’t know why he had made it, as it was not typical of the things he machined, but I loved it. It sat on our bookcase for many years, and I loved unscrewing the nut from the bolt, and screwing it back together again. Even as a teenager, I’d sit in the recliner chatting on the phone, absentmindedly spinning the bolt, and marveling that my dad had made it. Most Sundays in the fall, Dad would head out to the woods with his father and brother, and cut wood for the winter. Dad would come home with his pickup loaded with logs, and I’d run outside with my work gloves on, ready to help unload the truck and stack the wood in the garage.

Dad always had a big vegetable garden. Each spring, he’d plant row after row of delicious veggies. Corn, cucumbers, zucchini, tomatoes, summer squash, to name just a few. Some years he planted pumpkins. If I recall, those had a tendency to take over the entire backyard. Occasionally, I’d beg for a particular crop. One year it was carrots. Dad said they wouldn’t grow well, but I pleaded and he relented. He said the carrots were my responsibility. I was delighted to be put in charge of the carrots. I was given a small section of the garden and planted my seeds. I was so excited when the lacy green leaves first started to appear. I’d go out in the afternoons and pull out the weeds. When they were ready for harvest, my carrots were short and fat instead of long and skinny. Dad had tried telling me that we didn’t have the right soil for carrots, but I had been determined to prove him wrong. An early lesson proving Dad is usually right. No matter what was growing, I loved spending summer days with Dad in the garden.

Even our vacations were work for my dad, but like the woodcutting and gardening, I think it was work he enjoyed. Most of our family vacations were camping trips. Dad would do the driving, set up the tents, and do most of the cooking on the camp stove. Not to mention building the campfires and prepping fresh, green sticks for s’mores. He also played the role of tour guide, driving us to see the sights.

When Dad was 32, he stopped drinking alcohol. He began doing more hiking, and before too long he and my mother had hiked the New Hampshire Four Thousand Footers – 48 mountains with elevations of at least 4,000 feet. What an accomplishment! They were both recognized by the Appalachian Mountain Club at an annual event. There was an awards banquet, patches for their backpacks, and certificates of achievement.

My dad has always been there for me and has set the example of how to live a life of integrity. He has taught me so much. I still remember my first time riding my two-wheeled bike down the street without the training wheels. And there was Dad holding on to the back of the bike til I got my balance and confidence. Dad was also beside me when I drove a car on the road for the first time. When I finally ventured out of the parking lot where I had been practicing, he was a calming presence in the seat next to me. Thanks to Dad I know to water outdoor plants after the sun goes down, how to change a tire, the importance of family, all the rules of baseball, how to properly cook and eat a lobster, and many, many other important life skills. I could fill an entire book with stories about my dad’s great qualities, and things I have learned from him, but this is supposed to be a short blog post…

Happy Father’s Day, Dad! And as Gramps (Dad’s father) would say, “ I love ya and I ‘preciate ya!” 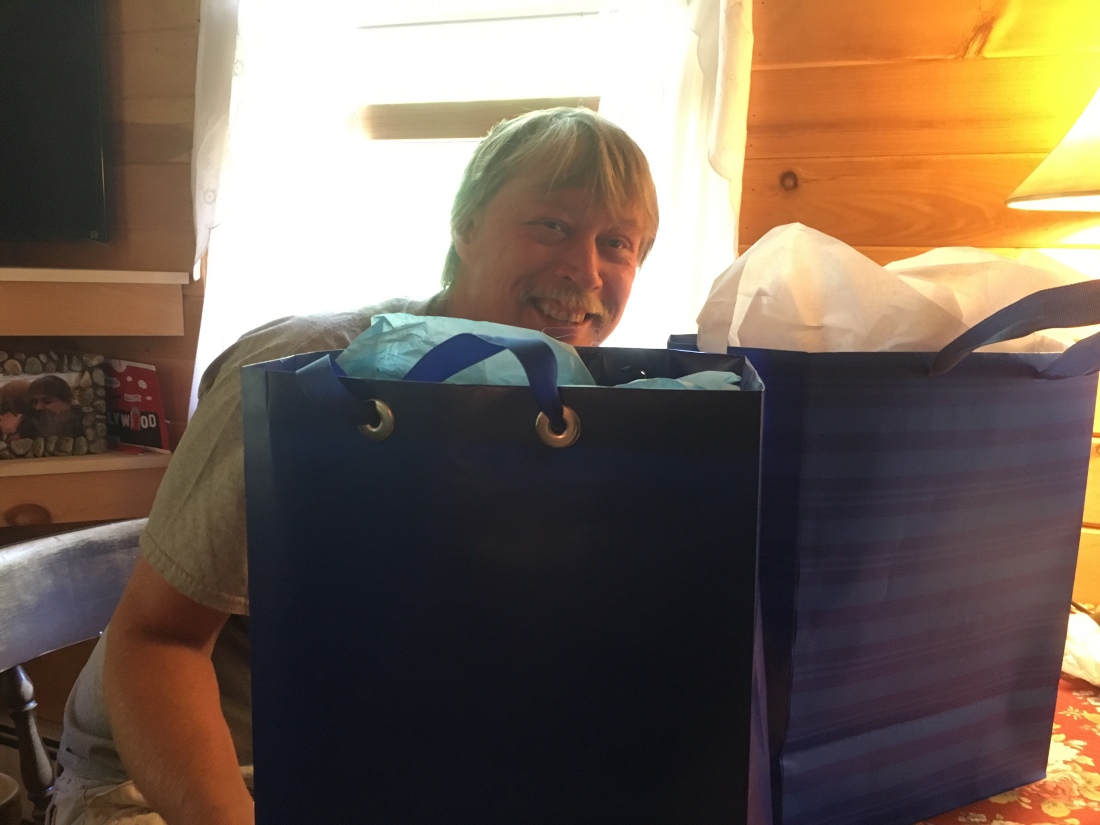