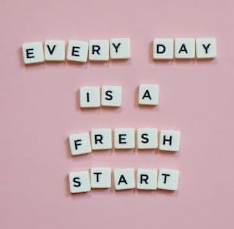 As I’ve mentioned before, my late father was adopted. When I started out in my research, I did not know much. I knew his birth name, first and last, which was huge! But other than that, all I had heard was that his birth mother was an unwed teenager. That’s it. When the 1940 census was released in 2012, I prepared for a long night of researching. Dad was born in 1950, so his mother would likely be on this census as I was fairly certain she was over the age of ten when he was born!

I settled in with coffee and Girl Scout cookies and searched page by page for families with his birth surname. Surprisingly, there were only two in Rhode Island. One was a husband and wife in their 70’s. The other was a family with 4 children. Two boys and two girls. In 1950 the boys would have been 28 and 26. The girls would have been 22 and 15. This must be my father’s family! However, my mother suggested that perhaps his mother was from another state and was only in RI to give birth and place the baby for adoption. Possible, but I didn’t think it likely. One of these 4 must be my father’s parent. Years later, one of the sons worked with my maternal grandfather and my mother went to school with his children. My mother said my father bore a strong resemblance to one of the sons that was in her class. I suspected they were either half brothers or first cousins, so naturally they would look alike.

I really thought it must be one of the girls who was my father’s mother. Surely his birth surname must be the mother’s name since she was reportedly unmarried. The oldest gave birth to a son 4 months after my father was born, so it clearly wasn’t her. The other girl would have been 15 when my father was born, so that went along with the narrative that his mother was an unwed teenager. I did extensive research on the family and traced their roots back to Colonial America and the settling of Quebec. I began seeing DNA matches to other people who also shared these same ancestors. Distant matches, but clear matches. I still wasn’t 100% sure which one of the siblings was my grandparent, but it was pretty clear it was one of them.

I had never suspected I had any French Canadian ancestry. I set about learning their history and culture. I dusted off my passport and took a short trip to Quebec to see the area where my ancestors came from. I visited a cemetery where some of the family was buried and paid my respects. I was talking to my mom the evening after visiting the cemetery and told her I would feel pretty foolish if these weren’t my people. My mother, who until this time had been playing devil’s advocate with every new piece of circumstantial evidence I uncovered, said, “Oh, Ellen, they must be.”

One day I received a message on Ancestry from a woman who had noticed I was researching the family. She asked what my connection was. I explained I was researching them trying to trace my father’s birth family. She was a cousin to the 4 siblings, but hadn’t had contact with them for years. We shared our online trees with each other and she wrote to me that when she saw the photos of my father, “she gasped and had tears” because he looked so much like her late brother. She shared the photos with other members of her family, and they all agreed my father must be their cousin.

I’d like to say that I did not go any further down this rabbit hole, but… I was thoroughly convinced the youngest daughter was my grandmother and decided to write her a letter. The letter was very nice and I simply told her my father’s birth name and  birth date and of my research into her family. I told her of my DNA matches to other descendants of her ancestors. I told her I was only researching to discover my roots and was not looking to forge a relationship or cause any upset. I gave her my email address and phone number in case she had any questions or wanted any other information. A couple of months later I received an email. The poor woman was probably trying to figure out how to deal with this lunatic writing to her. She said she was not my grandmother. I had no idea whether or not to believe her. After all, if she had been keeping this secret for over 6 decades, wouldn’t she be expected to deny it?

A few months later I petitioned the court, and received a copy of my father’s original birth certificate and his adoption records. When I opened the envelope, I fully expected to see my suspicions confirmed. I was momentarily stunned to see a name I had never heard of written on the sheet of paper. His mother was married? And 22? Where was the unwed teenager I had been told about? No wonder I didn’t find her on the 1940 census; Her surname in 1950 was her husband’s as she had been married in 1945. Her husband was not from Rhode Island – she met him while he was serving in the Navy. I discovered my father’s true birth mother also had French Canadian ancestry. I also learned that nearly all people with French Canadian ancestry are interconnected, so it wasn’t surprising that I would share ancestors with the other family I was so convinced I was related to.

Armed with the information about the correct birth mother, I started a new family tree. It pained me to delete the tree with the wrong family. I had spent nearly two years researching them. I didn’t really mind having to make a fresh start. I love the research, and was quite happy to have another branch of my family to uncover. Making the fresh start led me to some lovely aunts and cousins that I never would have found otherwise!

One of the first things I learned when I started researching and using census records was to look at the neighbors of my ancestors. Quite often there were other family members living nearby. It turned out my groundbreaking research strategy was not as original as I thought… At an early conference I attended, I learned of the FAN Club principle. The term “FAN Club” was coined by renowned genealogist Elizabeth Shown Mills and is a research strategy in which one expands their research to include the Friends, Associates, and Neighbors of an ancestor.

You never know what you will discover when looking at a census record. The information collected varied from year to year. The 1870 US Federal census told if an ancestor’s parents were foreign born. The 1900 US Federal census included immigration information. Here you could find out what year your immigrant ancestor arrived in the United States, how long they had been here, and whether or not they were naturalized. In 1910, the US Federal census revealed if your ancestor had served in the Civil War by indicating whether or not they had served in the Union or Confederate Army or Navy. The 1930 US Federal census indicates if the family owned a radio. That’s a fun little tidbit! There is so much information to be gained from Census records other than just the usual name, age, and location.

Canadian census records typically list the wife’s maiden name. Such great information for researchers! The UK census was conducted a bit differently than in the US. In the United States, the census taker went from door to door collecting the information from the person who was home at the time. In some cases, neighbors provided the information. As a result, ages tended to vary from census to census, names would often change spellings, etc. In the United Kingdom, a form was left with each household with the instructions that they were to complete it on a specific Sunday. The census taker would go around and pick up the reports on Monday. They would then transcribe them into their census books, and the originals were destroyed. With the exception of 1911. The household schedules were retained and if you’re lucky enough to have had ancestors in the area in 1911, you will see their signature on the form, and know that they completed all of the information. In 1911 my 3rd great grandmother was widowed from her second husband and living in Bolton, England at 35 Halstead Street with her three youngest children.

I spent a lot of time with my father’s parents growing up and heard many stories about the ‘good ole days’. My grandmother played piano and organ and my grandfather played saxophone, so there were frequent gatherings where friends and neighbors got together for sing-a-longs. Everyone would gather and bring whatever instruments they could play, and the music would go on until the wee hours. They put on skits and held variety shows at the church. They had cookout and picnics and got a little silly at times… 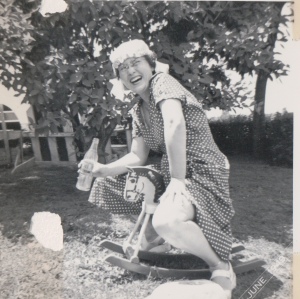 I heard about these shenanigans so often, I felt I knew them all, even though many had died before I was born. I was so excited to look through the 1930 and 1940 US Federal census records and see so many familiar names! Even though I had only known a few of them, it was delightful to find them in the census records. “Oh! There’s Helen Card who was my grandmother’s main scholastic competition. And Annie Remington as a young bride!” I had never known Helen, but had heard plenty about the spelling bee she won. She was the pet of the teacher in charge of the bee, and my grandmother was certain Helen had purposely been given an easy word enabling her to win. (My grandmother was capable of holding a grudge for decades…)

It was interesting to find that my great great grandparents lived on Pawtucket Avenue in East Providence, RI just a few blocks from where I rented an apartment nearly 70 years later.

Looking at the census now as I am posting the photo, I’ve noticed the O’Donnell family living next door to my McKenna’s. Since Elizabeth’s maiden name is O’Donnell, it seems likely that this family next door is related. Is William her brother? When I began my research and first viewed this census record, I did not know Elizabeth’s maiden name, so the O’Donnell’s next door meant nothing to me. Looks like I have a new line of research to pursue! See ya next week with the prompt, “Favorite Name”.